We always had a hunch about it. And now scientists from Harvard have proved that stress can actually turn your hair white.

Hair follicles contain pigment cells that produce melanin, which gives your tresses their color. When your body stops generating melanin, hair presents itself as gray, white, or silver.

While premature graying problem is largely genetic, a group of Harvard researchers have discovered that stress can activate fight-or-flight neural pathways, which in turn causes permanent damage to pigment-regenerating stem cells in hair follicles causing unpigmented or gray hair.

In the January 22, 2020, edition of Nature, they describe a series of experiments showing that sudden stress leads to graying of fur in mice. Yes, you read it right. The study was done in mice, and following observations were made.

Sudden or acute stress causes stimulation of nerves that leads adrenal gland to increase production and release of norepinephrine, as a’flight or fight’ response. This phenomenon is a primal instinct of all animals when faced with danger (stress).

Norepinephrine causes melanocyte stem cells (that produce melanin containing cells, called melanocytes) to activate excessively.  Due to excessive division, some cells migrate out of hair follicle while some turn in to melanocytes.

This depletes the melanocyte stem cells in the hair follicles and no more pigmented melanocytes can be produced. This loss of pigment in the hair shafts makes the fur appear gray.

If the same holds true for us, these findings could help find treatment for graying due to stress. Indeed, when Harvard researchers prevented melanocyte stem cells from dividing rapidly in the mice, their fur did not turn gray. Hope this treatment comes soon.

Till that time let’s just dye.

And, transplanted hairs can also be coloured just like any other natural growing hair.

For accurate hair diagnosis and treatment in Delhi, you can reach Provelus at +91-11-45201001 or +91-9650047060. Provelus is an ISO 9001:2008 certified hair clinic based at India’s capital New Delhi. Voted as one of the best clinics for hair transplant in Delhi (Times Healthcare Survey), we have over 35 years of hair treatment experience and thousands of satisfied hair loss clients worldwide.

At Provelus, there are no bad hair days! 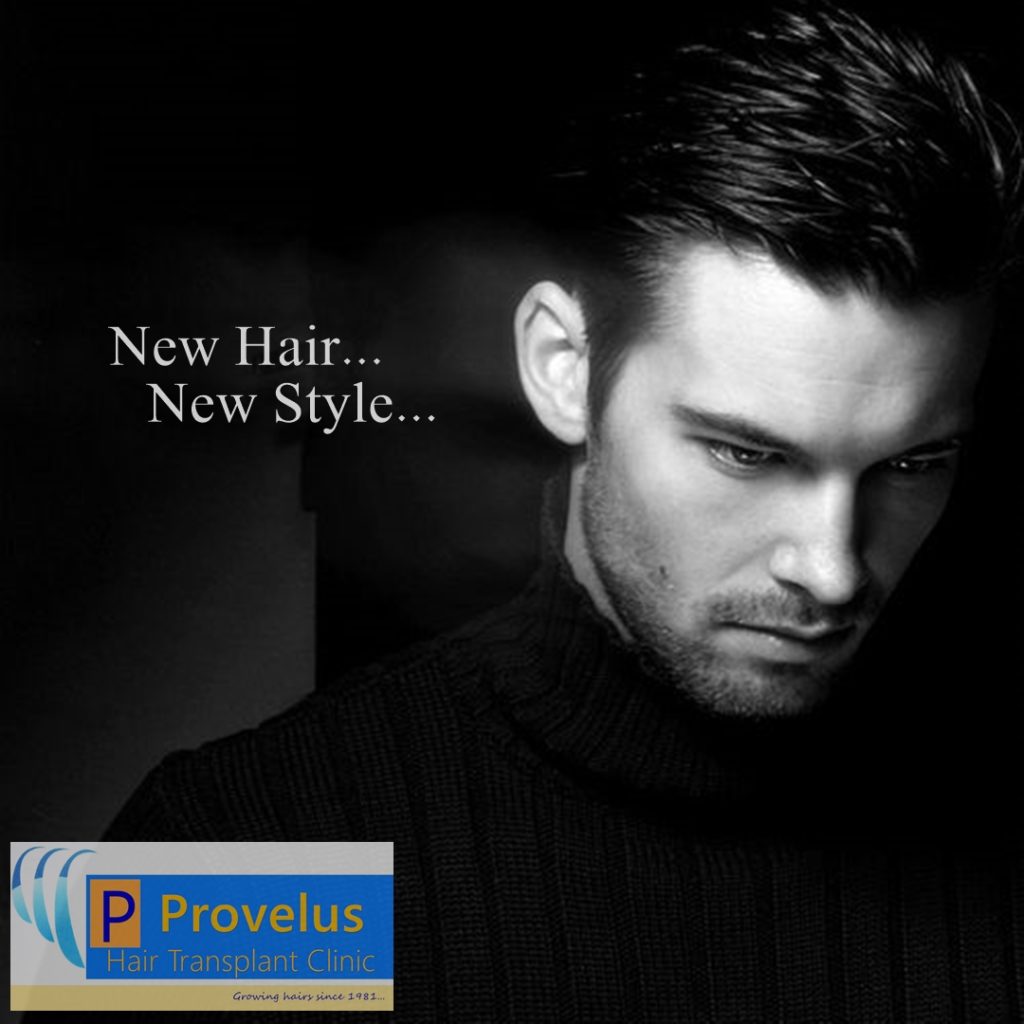