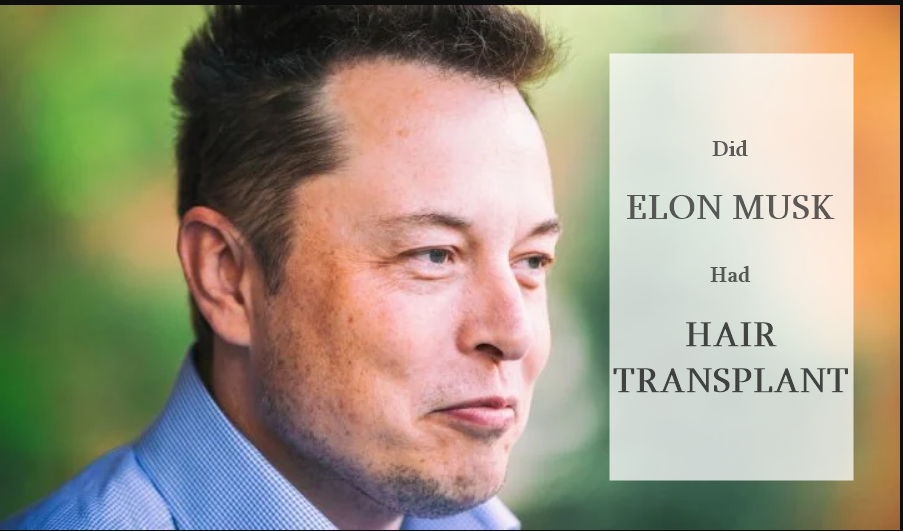 Most of us are aware of Elon Reeve Musk; after all he is one of the world’s richest and ingenious man alive. Born June 28, 197, he is an engineer, product designer, successful businessman and a philanthropist. He was ranked joint-first on the Forbes list of the Most Innovative Leaders of 2019 and with current net worth of 93 billion dollars is the world’s fifth richest man today.

So why would some-one who is already hugely successful undergo a vanity make-over. But first look at these pictures and then decide.

The before picture is from a time when Musk was in his twenties. At the time, it was clear to anyone who cared to look that he was fast losing hair at the front third of his head. Perhaps the first picture, taken some time around the unveiling of PayPal, best illustrates the state of his hair back then.

As you can clearly see, his hair loss which should have been in stage 5 or 6 now, has actually reversed. I think he’s undergone a hair transplant. Musk was a good candidate for hair transplant surgery. In the picture, it looks like he had good hair on the back and side of his head. so, donor area was not a problem.

He has got quite natural results and that is expected when natural hairs from the back and sides of the head are relocated to the front half of the scalp. For best hair transplant in Delhi, you can reach Provelus at +91-11-45201001 or +91-9650047060. Provelus is an ISO 9001:2008 certified hair clinic based at India’s capital New Delhi. Voted as one of the best clinics for hair transplant in Delhi (Times Healthcare Survey), we have over 35 years of hair transplant experience and thousands of satisfied hair transplant clients worldwide.

At Provelus, there are no bad hair days!